What we had for breakfast… 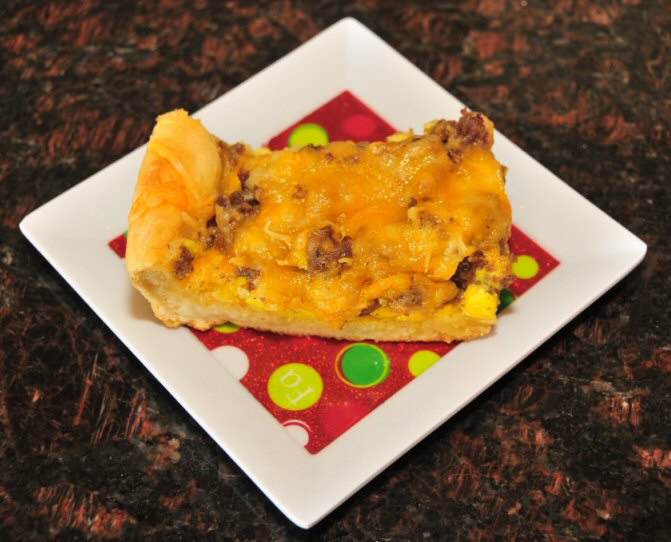 This is an Explosion Box I made for my friend Janice…

I took this one of our peek a boo baby…

Some months ago Chris and I had an opportunity to see a taping of The View. Here are some photos we were able to take.

We had seats in the second row, so we were relatively close the entire time. It was also a very busy area with cameras and crew constantly moving around in front of us.

Between tapes the ladies took turns talking to the audience and answering questions. Here Elizabeth is chatting with everyone. She mentioned a book called “Elf on a Shelf” and recommended it to everyone. We ended up buying the book and using it this Christmas. We do love it.

Joy Behar was obssessed with her Blackberry the entire time. She was also anxious to get on with the taping and we later saw her rushing to leave the studio to tape her show on CNN.

Sherri was very bubbly and friendly. I didn’t realize how short she really was. I didn’t think this dress was very flattering since it made her look unproporionate. She was quite funny and seemed the most real.

I was really looking forward to seeing Whoopi Goldberg.

My friend, Janice, was able to see a taping of Oprah and she had mentioned how much acting is really involved in these talk shows. I had never really thought about it. I had always thought talk show hosts were just being their normal selves and sharing their personal opinions. When I saw Whoopi during the taping everything she did and said seemed exagerrated and somewhat contrived. She was very animated. I’m sure she was speaking her mind, but it seemed to me like she was acting as well.

The guests on the show were Seth Green and Marlo Thomas. When Seth was being interviewed, Whoopi asked him about Robot Chicken. If you ever have a chance to see this episode, you can clearly hear Chris cheer when Seth starts talking about the show. I’m pretty sure Chris was only one of a handful of people in the audience who even knew what Robot Chicken was.

Marlo Thomas was actually quite an interesting and engaging guest. She was very natural and you could tell she has been an actress for a very long time. She gave everyone in the audience a $100 gift card for Ann Taylor and a $100 gift card for Kmart/Sears. Not too bad! We walked away with a fun experience and paid $400 between the two of us for it.

In the midst of these frigid temps and snowstorms, I thought it would be fun to remember what summer was like.